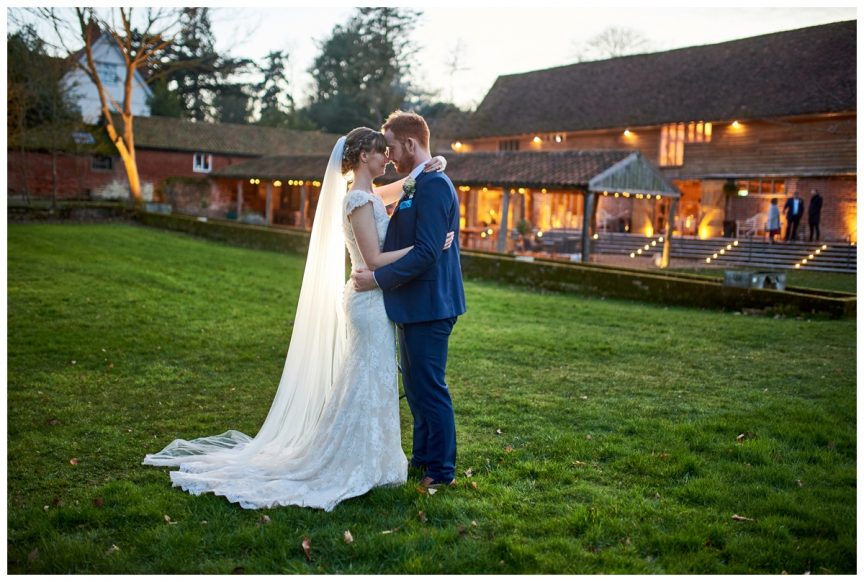 What a stunningly beautiful day we had for Andrew & Pip’s February wedding at The Tudor Barn, in Belstead, Ipswich! I don’t think it possibly could have been better for mid February. It was a pleasure to photograph The Tudor Barn for the first time too – a stunning new wedding venue that we hope to go back and visit again soon!

Andrew and Pip started off their days in two separate houses, travelling over to The Tudor Barn shortly before the ceremony. They chose a hint of Lego for their theme – a nice subtle hint (Lego people on the cake, Lego brick cuff links) which was perfect – Andrew and Pip love Lego but they didn’t want an over-the-top theme.

Something quite significant happened on the same day as Andrew & Pip’s wedding day – Andrew’s best man’s wife went into labour in the early hours of the morning – which mean he missed the ceremony but amazingly still made it to the wedding breakfast for his awesome speech (with props – a file on Andrew. Hilarious!) There were so many supportive family members and friends during the day, I absolutely loved the bridesmaids tearing up during the ceremony and the proud dad looks from Andrew’s dad and Pip’s dad during the speeches.

One of my favourite memories of the day was that Andrew & Pip happened to get each other the exact same card! They obviously know each other so well 🙂 all the lovely little touches were such a fantastic addition to the day, from the box of treats to the ‘Bride-to-Be’ and ‘Bridesmaid’ dressing gowns – and how amazing is Pip’s dress and cathedral length veil?

I absolutely loved the fire pit later on in the evening, (toasted marshmallows – yessssss), and the most amazing thing to watch was both set of parents doing their own ‘first dance’ straight after Andrew & Pip – which they had set up because they didn’t get chance to do it at their own weddings all those years ago. Adorable!

Thank you Andrew & Pip for choosing us to document your special day – it was a pleasure! Z & T x